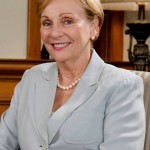 "It was the first women-owned marketing and communications firm in the region when we started in 1977," says Elaine Lyerly, CPCC Alumna and president of the award-winning Lyerly Agency.

High-efficiency energy improvements at Central Piedmont Community College are expected to reduce energy use by at least 20 percent annually while improving the educational and working environment for students, employees and visitors.

The $3.6-million project, completed in September, was launched during a period of significant budget cuts to address an aging infrastructure, reduce energy consumption and support the College's long-term goal of sustainability. The improvements reflect the college's strong commitment to sustainability and sustainability education. Energy Usage should be reduced by 20 percent

One of the newly employed credits retraining she received at CPCC

One of the newly employed credits retraining she received at CPCC

CHARLOTTE, N.C. Numbers released Friday show that the unemployment rate in Mecklenburg County dropped from 11 percent in August to 10.3 percent in September."It's encouraging and I noticed most of the people I went to school with most of them have jobs now," said Sherry Cogdill. Cogdill went to Central Piedmont Community College to re-train herself after losing her banking job with Wachovia. She now works in a completely different field for Lowe's.  She said recent unemployment numbers are encouraging.

Its 50th anniversary isn't until 2013, but Central Piedmont Community College jump-started festivities Thursday by unveiling a new school logo that celebrates half a century of service to Mecklenburg County.

From the Charlotte Business Journal:

Central Piedmont Community College (CPCC) officials and community members, together with The Merancas Foundation representatives, gathered for a special dedication event today to honor the generosity of longtime CPCC donors Casey and Anke Mermans, founders of The Merancas Foundation, located in Huntersville N.C.

"Life is about being a productive citizen," Mr. Mermans said. "That's why we have helped CPCC students build productive, meaningful lives over the years. By exposing them to educational and job-training opportunities, we can help them achieve their personal and professional goals. We can help them be successful."