TODD SUMLIN tsumlin@charlotteobserver.com
Channel 9 consumer reporter Don Griffin will retire Friday from WSOC after more than 30 years with the station.

WSOC (Channel 9) is merely the station where Don Griffin works. It doesn't fit into a snappy slogan, but what that means is that for three decades Channel 9 has resolved about 10,000 consumer problems, helped jail a few scammers and kept up this watchdog refrain: Be careful who you trust.

Griffin, 65, retires Friday, just a few weeks shy of his 31st anniversary at WSOC. One of the most recognizable news personalities in Charlotte his Action 9 reports run in the 5:30 p.m. segment when Nielsen estimates 100,000 people are watching consumer reporter Griffin is known for his laid-back, ever-gentlemanly manner.

Griffin pulled into Charlotte in 1972 with $300 in his pocket that he'd saved from bagging groceries at the A&P. He attended Central Piedmont Community College for computers, then transferred to UNC Charlotte where he got a degree in pre-law and political science. He was the first in his family to graduate from college. 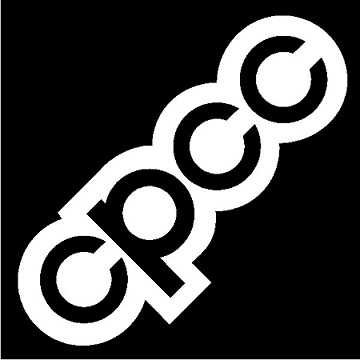 
CHARLOTTE, NC (WBTV) -Central Piedmont Community College (CPCC) is listening to the concerns of small businesses in the area. The college is partnering with them so people who are struggling to find a job can find one.

Local optometrists told CPCC they needed help. This is what they said.

"We need you to create this program," CPCC spokesman Jeff Lowrance said. "We need to bring in people who are already trained who can go to work immediately. We simply can't train them on the job any longer."

The Ophthalmic Medical Assistant Program was created from that plea. It is one of two new programs CPCC established this school year. The other is the cosmetology program.

18 students have enrolled in the Ophthalmic program. It has room to grow. It is a year long program. Once students complete the program they could earn about $34,000 a year. They will be trained to assist optometrists.

"Get the patient's history," Ophthalmic Medical assistant program director Kathleen Rodgers said. "Do various tests, educate the patient, and assist with any surgery or minor procedure with a physician."

The other program established is the Cosmetology program. Administrators say there is a need for trained cosmetologists.

"Jobs are available," Cosmetology Director Catherine Cunningham said. "In every community there is a beauty salon, spa and beauty supply place or a personal care service establishment open 7 days a week."

Students completing the cosmetology program will get an Associate Degree. They could earn about $25,000 a year.

Students who struggled finding work are back in school reinventing themselves so they can earn a living.

"Eventually I want to be an entrepreneur," Student Nicole Harriot said. "And have many streams of income."

CPCC says it takes about two years to implement new programs. The college has about 14 programs geared to train people to get jobs that employers have a hard time filling. 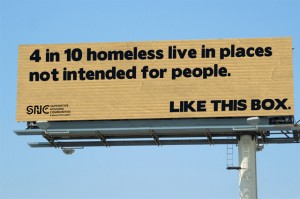 The American Institute of Graphic Arts (AIGA) recently featured an awareness campaign created by Trey Bates, an Advertising + Graphic Design student at Central Piedmont Community College (CPCC), on its website athttp://www.aiga.org/case-study-like-this-box/. The campaign, titled "Like this Box," strives to raise awareness of homelessness and support the efforts of Supportive Housing Communities, a non-profit agency located in Charlotte, N.C., dedicated to providing affordable housing that alleviates homelessness and human suffering.

CPCC students, like Trey Bates, pictured here, volunteer their time and talent in the community, totaling  over 40,000 volunteer hours annually!

Congratulations to the instructors and the graduates! Well done. 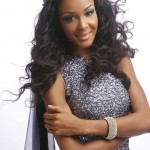 De'Andra holds an Associates Degree in Science from Central Piedmont Community College  and is a first year student at the University of the West Indies Trinidad & Tobago campus, pursuing a degree in Dentistry.The 23 year-old dental student `Miss World Bahamas' leaves the Bahamas this month to join 125 other Beauty Queens from around the world to compete for the coveted "Miss World" crown and title.