January 23, 2015
Do you know a CPCC graduate who is making a tremendous difference in the community? Nominations are currently being sought for the 2015 "Richard H. Hagemeyer Educational Advancement Award." This award recognizes a former CPCC student who has significantly benefited from experiences at CPCC and whose efforts have helped the community. The award is named after Dr. Richard H. Hagemeyer, CPCC president for 23 years, who led the College from a trade school with 1,200 students to the state's largest community college.

Sensoria, A Celebration of the Arts

Sensoria, A Celebration of the Arts

Grant Baldwin is a freelance photojournalist based out of Charlotte, NC. He has an Associates Degree in General Education (Conc. in Photography) from Central Piedmont Community College and has been an active photographer refining his work for more than a decade. His focus is Documentary and Journalistic work, as he excels at perceiving the complexities of a fluid situation allowing him to use observation, past experience and intuition to anticipate and capture the core moments of an event. All while striving towards the goal of conveying the full meaning and significance of each moment with personal neutrality.

Tom Hanks--I Owe it All to Community College 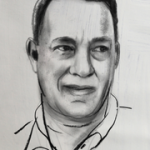 I Owe It All to Community College

Tom Hanks on His Two Years at Chabot College

IN 1974, I graduated from Skyline High School in Oakland, Calif., an underachieving student with lousy SAT scores. Allowed to send my results to three colleges, I chose M.I.T. and Villanova, knowing such fine schools would never accept a student like me but hoping they'd toss some car stickers my way for taking a shot. I couldn't afford tuition for college anyway. I sent my final set of stats to Chabot, a community college in nearby Hayward, Calif., which, because it accepted everyone and was free, would be my alma mater.

Central Piedmont Community College has received a nearly $231,000 grant from the Duke Energy Foundation to enhance its engineering technology programs.

The grant will help the Charlotte-based community college purchase high-tech equipment needed to upgrade its lab facilities on campus. That will give students access to the most up-to-date equipment used by employers in the region.

"Placing state-of-the-art technology in our classrooms is another way to attract and compete for new business in North Carolina, and it provides a platform for existing business to retool and reinvest in our employees," Tim Gause, Duke Energy's district manager for the Charlotte area, says in a news release.

Annual projections are that at least 100 students enrolled in CPCC's electrical engineering, mechanical engineering and mechatronics engineering technology programs will use that equipment. Those programs provide a fundamental knowledge of basic technical skills for use in design, application, installation, manufacturing operation and maintenance of computer-based systems.

"The new advanced equipment will provide students access to the most advanced technology and ensure graduates have the most up-to-date technical skills to meet the needs of the region's work force for highly skilled technicians," says Chris Paynter, CPCC's dean of STEM -- or Science, Technology, Engineering and Math -- programs.

This grant is part of a $6.7 million investment in North Carolina's Community Colleges' by Duke Energy.

Individual community colleges can apply for funds through the Foundation For The Carolinas or the NC Community Foundation. Applications will be reviewed by a committee of representatives from Duke Energy, N.C. Community College System and N.C. Department of Commerce.