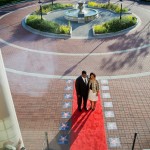 The CPCC Legacy Society consists of donors who have named the CPCC Foundation Inc. a recipient of a planned gift, through their wills or trusts, life insurance, a charitable gift annuity, IRA designation, a gift of real property or other planned gift option. Legacy members assure that CPCC will remain a vital resource in the Charlotte-Mecklenburg region. Members of the CPCC Legacy Society were recently celebrated at the Legacy Society "Evening of Stars."  The paparazzi were on hand to capture the gala. 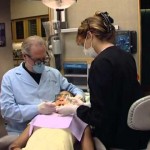 This successful program once again enjoyed a 100% pass rate for 2015. All 21 of the program's 2015 graduates earned a 100-percent pass rate on the General Chairside Assisting National Exam, administered by the National Assisting National Board, Inc. This certification is considered the highest credential for a dental assistant  and is recognized across the United States. One more reason to celebrate!
Central Piedmont Community College Foundation Central Piedmont Community College Foundation 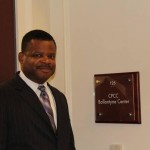 Central Piedmont Community College's new Ballantyne Center opened its doors in mid-July and has held dozens of classes since. William H. "Mack" McDonald, the Center's director and CPCC associate dean of Business and Industry Learning, said the college's newest location has been well-received. 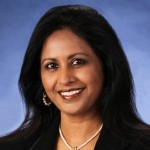 Maha Gingrich, host of a TV show called "Charlotte, A City of International Success," said she looks forward to thanking the show's guests during the 10th anniversary celebration.
BY ALLISON FUTTERMAN

Maha Gingrich has been active in the Charlotte community for years.

September 3, 2015
North Carolina has one of the best community college systems in the U.S., according to a new report by personal financial website WalletHub.

The list draws upon WalletHub's rankings of 670 community colleges, including technical and vocational schools, based on cost and financing, classroom experience, and educational and career outcomes. The website then calculated a weighted average between scores obtained by colleges in each state and the number of students enrolled in each school.