Students Give Back to Local Community 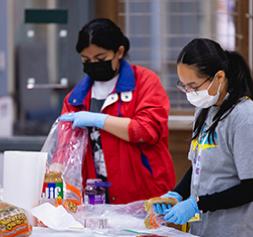 During their time together, the students:

The Mentoring and Bridge team changes the workshop theme monthly to reflect an area that can best benefit students. Featured themes have included and / or will include study habits and learning (September), health and fitness (November), and stress management (December). The Spread the Love event held on Oct. 27 supported the team's October theme community and giving back. 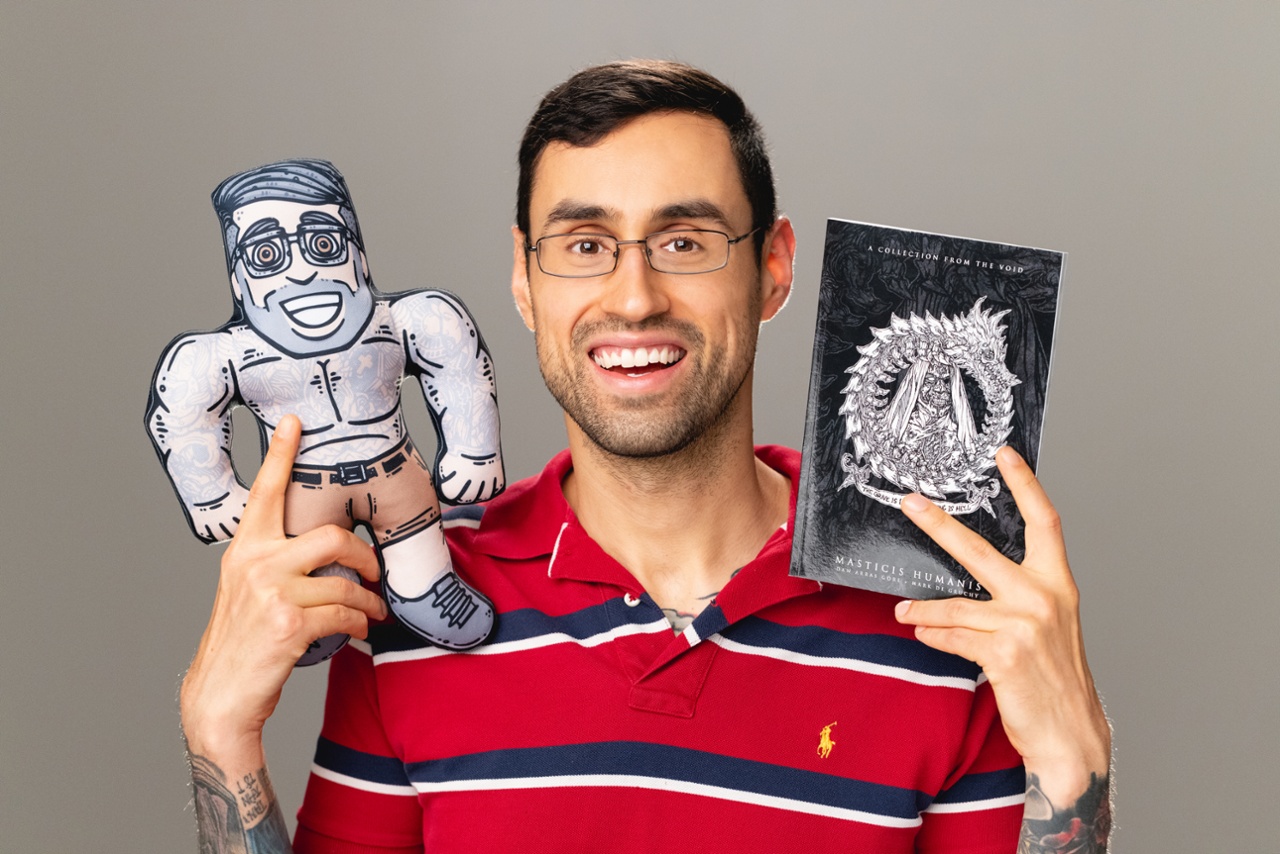 Mark de Gruchy enjoyed the freedom that Central Piedmont gave him to not only find himself, but to also build the foundation of his personal beliefs and approach to business.

Education was Mark's way out of working retail after being launched into the workforce from challenging high school experiences that relegated him to roles that lacked promotional opportunities. Earning his associate degree in 2015 gave him the confidence he could do anything. The ability to "complete" something sparked a never-ending thirst for knowledge. Since receiving his Associate in Arts, he has completed his bachelor's and master's degrees, with the ultimate goal of pursuing a doctorate, to conduct research that continues to cultivate his interests.

He is beyond thankful for the numerous teachers who helped him along the way. While their names escape him, their faces he will never forget. They include: the biology instructor who took the time to help him figure out how to make the material "click," the teacher in the math emporium who became an ongoing point of contact to address concerns, or the public speaking teacher who encouraged him to be himself and speak his voice. These seemingly miniscule acts impacted his life greatly and helped facilitate his goals. Central Piedmont showed him that while "life might throw roadblocks in your way, you are unique and there is a place in the world for your passions; it is only a matter of shining them up so they can sparkle like the beautiful diamonds we all are." 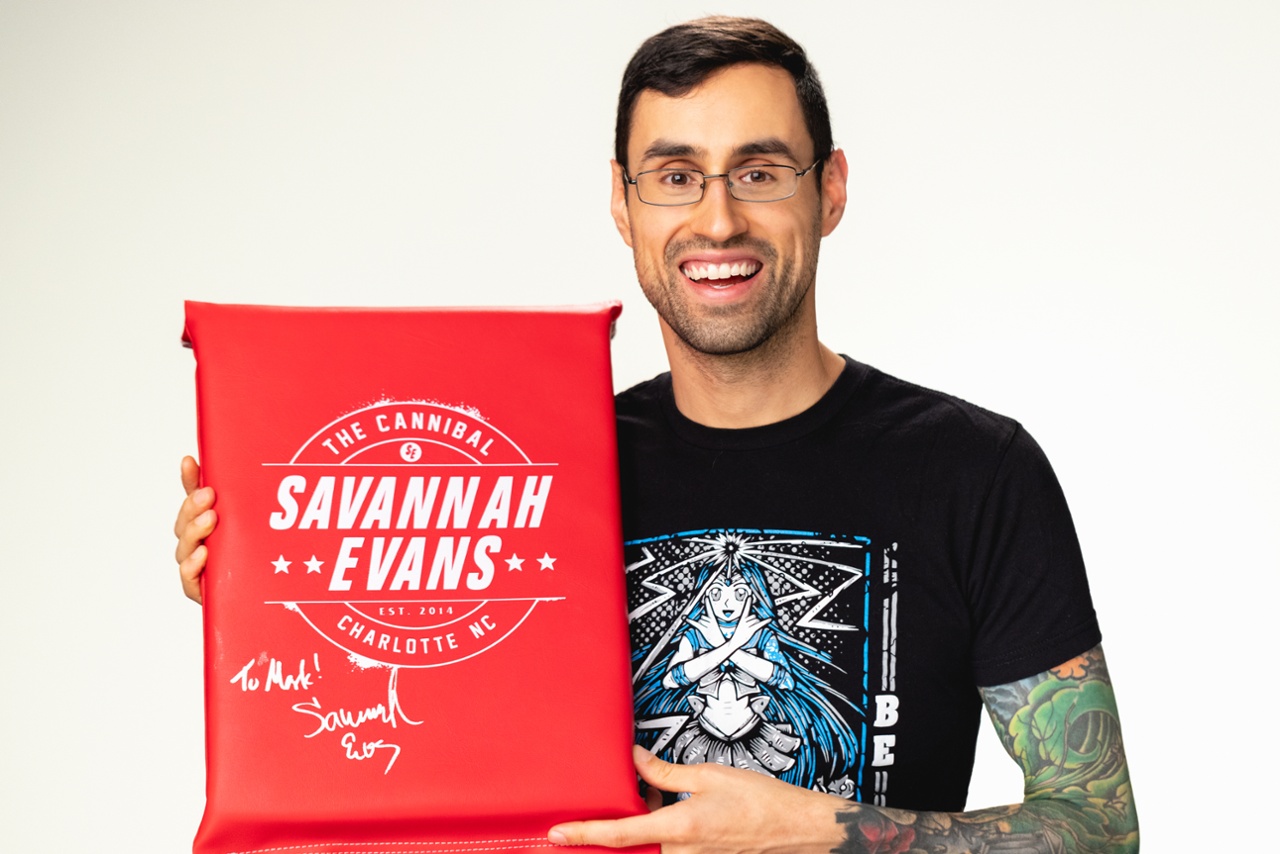 st in sociology, economics, social justice, art, and business as a marketing manager for a local Charlotte chain and owner of a freelance design business. His graphic design skills have landed him deals and featured designs with Hot Topic, Cartoon Network, All Elite Wrestling, World Wrestling Entertainment (WWE), and TNT. He has also  authored and published his own book.

Mark would like to remind current and future students that "if you're unsure of the path you're taking, it is that feeling of uncertainty that leads to growth. You've already made the first step by having an interest in your education. The rest of it will figure itself out."

Esparza, Rhodes Appointed to Central Piedmont Board of Trustees

Gabriel J. Esparza and Khalif J. Rhodes, both of Charlotte, have been appointed by the Mecklenburg Board of County Commissioners to the Central Piedmont Community College Board of Trustees.

Esparza is a seasoned executive with more than 25 years of experience leading businesses spanning both large corporations and nimble start-ups. He serves as both advisor and investor in a variety of entrepreneurial ventures. In one notable example, he played an integral part of the success story at RapidSOS a gov-tech platform that radically transformed the way people communicate with 911, making it a data-driven experience that transmits precise location and other critical information to first responders.

Esparza's term on the Central Piedmont board runs through June 2023. He holds an MBA from Harvard Business School and a BA in International Relations and Psychology from Stanford University.

Rhodes is an attorney and founder of The Rhodes Firm, PLLC. He established the firm in 2012, after earning his J.D. and LL.M., from Thomas M. Cooley Law School. During his tenure at The Rhodes Firm, he has assisted various small to medium-sized businesses in the areas of mergers and acquisitions, corporate compliance and due diligence. In 2017, he was appointed the Chief Magistrate of the 26th Judicial District. Under his guidance, Mecklenburg County attempted to address the significant disparities in the criminal justice system. He was a part of a team that re-wrote Mecklenburg County's bail policy.

Rhodes' appointment as a Central Piedmont Trustee runs through June 2025. In addition to his law degrees, he earned a BA in Political Science from Pennsylvania State University.

"I am excited to welcome Mr. Esparza and Mr. Rhodes to the Central Piedmont Board of Trustees," said Dr. Kandi Deitemeyer, Central Piedmont president. "This is an important period in the history of the college as we endeavor to help so many Mecklenburg County residents rebuild their careers or start their higher education journeys in the aftermath of the COVID-19 pandemic. The college will rely on its Board of Trustees for experienced insight and wise counsel."

Central Piedmont Community College today dedicated the Leon Levine Health Sciences Center on the college's Central Campus. The naming is in recognition of a $2.5-million grant from The Leon Levine Foundation to support health sciences education and health careers preparation at Central Piedmont. 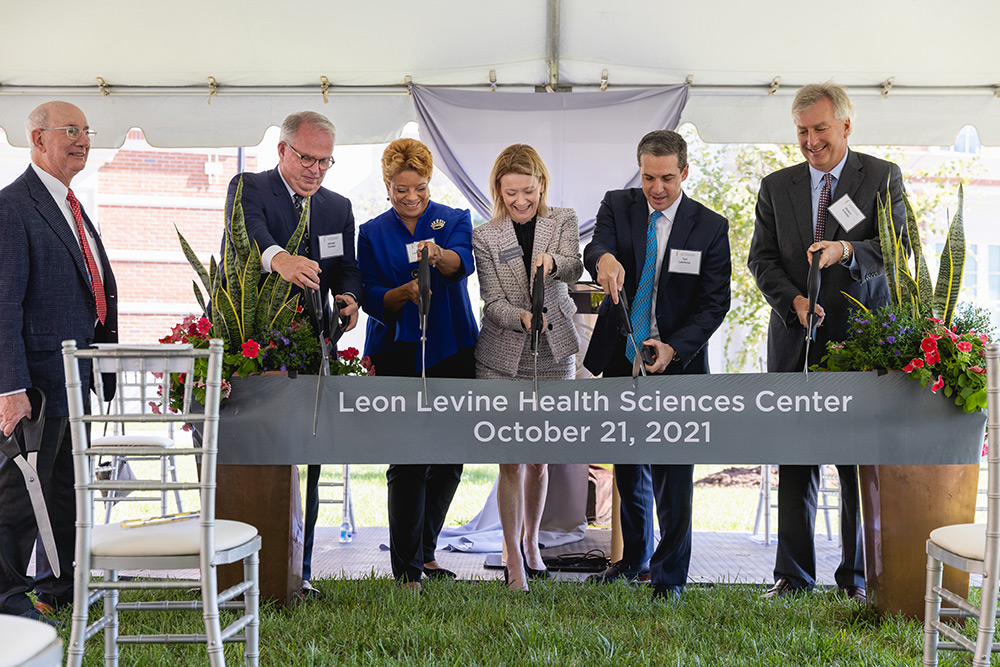 "Not many partnerships last 20 years and yet today, we write the beginning of another chapter in this amazing story [between Central Piedmont and The Leon Levine Foundation]," said Lawrence. "What has happened in this particular 20-year partnership? Hundreds of students educated, thousands of lives transformed, and now, with this grant, the crossing of $10 million of investment entrusted to Central Piedmont by The Leon Levine Foundation."

The Leon Levine Health Sciences Center opened its doors in August 2020, and boasts 74,450 square-feet of space. The facility was designed by Creech & Associates, working with Morris-Berg Architects; was constructed by Rodgers; and provides a home base for multiple health professions programs, including:

The Leon Levine Foundation grant comes to the college as part of its ongoing "Powering a Stronger Future Campaign," which seeks to raise $40 million to support students, programs, and faculty development.

View photos of the dedication event. 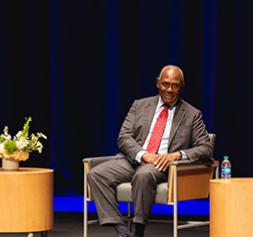 The Equity, Diversity, and Inclusion (EDI) Council at Central Piedmont brought civil rights icon and former Charlotte Mayor Harvey Gantt to Central Piedmont's Halton Theater stage on Oct. 14, to serve as a panelist during its EDI event titled, "A Story of Perseverance in Driving Change."

During the event, Central Piedmont employees and students had the opportunity to hear the group discuss the power of collaboration and allyship in creating change and moving the EDI needle in a positive direction, and how Central Piedmont can continue pushing forward in supporting its students and the Charlotte community.

"Central Piedmont is a very special place. This institution - at its most critical level - allows folks from all circumstances in life to get on a ladder of mobility upward," explained Gantt. "I like the word 'transformation.' Central Piedmont makes a difference in the things that students can do. It puts individuals on a ladder, that can be built as high as they want it ... and that's why the college is a very important place. I've tried over the years to understand its value to the community and to be as supportive of it whenever I can."

Mr. Gantt was Charlotte's first African-American mayor and the first African-American student enrolled at Clemson University. His visit is one of the enrichment opportunities the college is using to help advance its EDI strategy, which college leadership has identified as mission-critical work. Over the past year, Central Piedmont has hosted a number of EDI related events for both its employees and students to attend. Examples include: inclusive leadership trainings, Black History Month events, inclusive teaching practice sessions, examining best EDI practices from other institutions, courageous conversations, and more.

Central Piedmont is offering such events to foster the growth of its employees and the institution as a whole. The goal is to deliver a superior collegiate experience for students that supports their success both personally and professionally, while embedding an enhanced EDI philosophy and awareness in the college's daily practices and processes.

View video from the event.