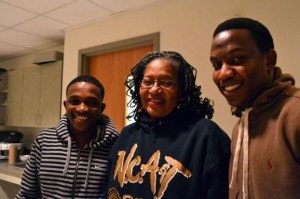 Thabang Masango had been doing well as a singer in South Africa. He had won large singing competitions and was part of prominent choral group. In 2008, the choral group toured the United States and made a stop in Charlotte along the way.

But Thabang had dreams beyond choral music. At 16 his music teacher, Mr. Mahau,  introduced him to opera.

With a national unemployment rate of 7.8%, many Americans are questioning how they can find a job in a struggling economy. New figures indicate that the solution may be enrolling in a community college, as employment for associate's degree holders has recently surged.

In the past six months, the number of jobs for Americans who have completed an associate's degree or some college rose by 578,000, reaching a total of 35.2 million, USA Today reports. The number of positions for high school graduates, on the other hand, has remained stagnant after taking a huge fall during the recession. Read more

CPCC students remember those who have fallen

"I was complaining about my thumbs, but I'm not one of these flags," the 31-year-old Iraqi War veteran said. "There's nothing we can truly complain about... because we're still here."

The 6,621 flags on the Overcash lawn of Central Piedmont Community College's central campus represent the number of American soldiers who have been killed since the Sept. 11 terrorist attacks.
Read more here: 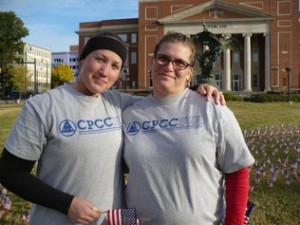 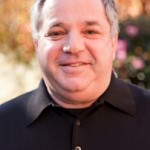 Michael Solender was caught in the corporate downturn 4 years ago. He came to a CPCC  Sensoria writer's workshop and is now the editor of Charlotte Viewpoint and writes freelance for the Observer.

Michael J. Solender is City Life Editor for Charlotte Viewpoint. He has written hundreds of  feature articles for regional and national publications. His weekly Neighborhoods column for The Charlotte Observer's Sunday edition has run since 2008. Solender's work has appeared in Southern Living, Charlotte magazine, Creative Loafing, Carolina Mountain Life, The Faster Times, The Jewish Daily Forward, Richmond Style Weekly, SouthPark Magazine, The Raleigh News & Observer, South Charlotte News, The Viewspaper, Charlotte Jewish News, and many others. He is a University of Minnesota graduate with a Master's degree in Industrial Relations and Bachelor's degree in Communications. An avid blogger, his commentary has been showcased at CLT Blog, and Like The Dew Journal of Southern Culture and Politics. Read more from Michael at his website here.